Whina is the story of Dame Whina Cooper, the beloved Māori matriarch who worked tirelessly to improve the rights of her people, especially women. Flawed yet resilient, Whina tells the story of a woman formed by tradition, compelled by innovation, and guided by an instinct for equality and justice whose legacy as the Te Whaea o te Motu (Mother of the Nation) was an inspiration to an entire country.

All proceeds will be split between Te Wāhi Wāhine o Tāmaki Makaurau (the Auckland Women’s Centre) and Māori Women’s Welfare League, Tāmaki Makaurau Region. Tickets include a complimentary glass of Feijoa wine donated by Lothlorien Winery (for guests over 18 years of age). Please note, this event is for vaccinated friends and whānau only. 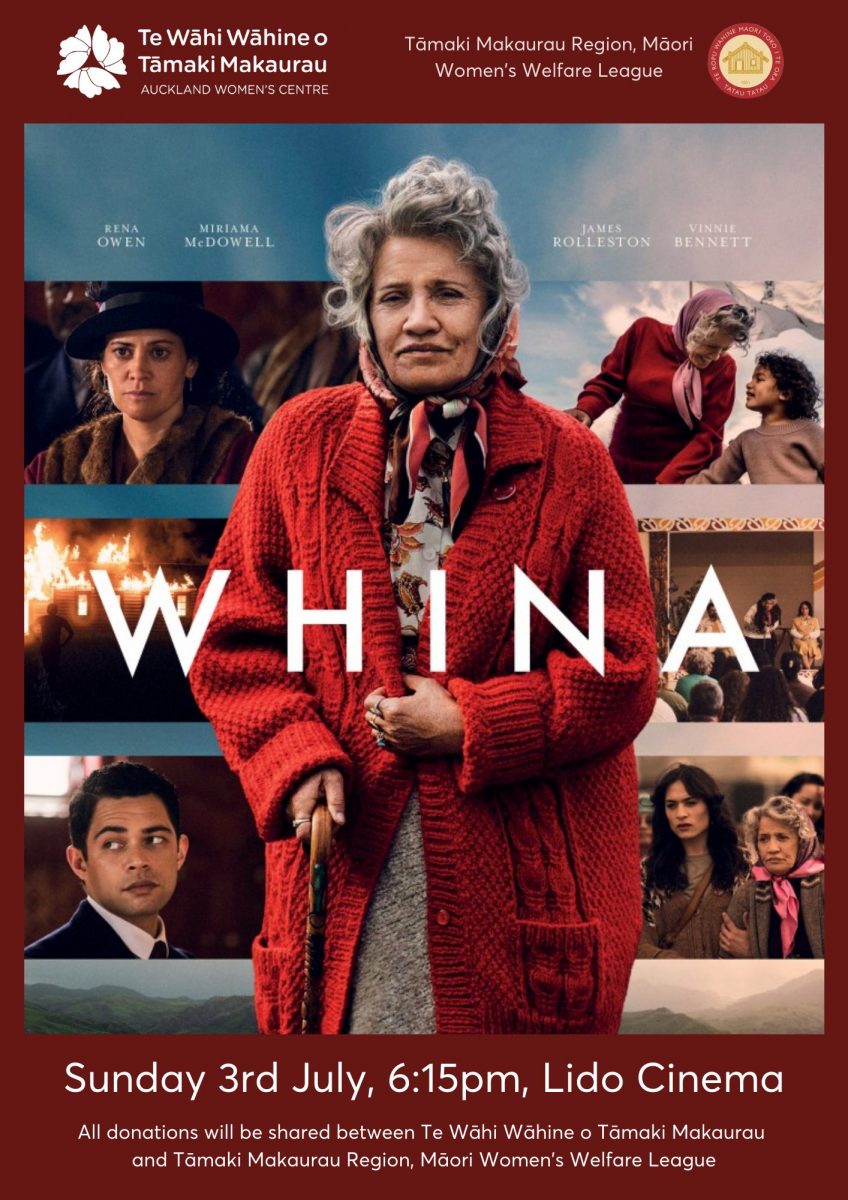