Safe or scorned – which Auckland mayoralty will be best for women?

Safe or scorned – which Auckland mayoralty will be best for women?

It doesn’t get the attention it deserves but local government is vital to making the lives of women safer and easier. Good lighting design makes public spaces safer – and bus routes linking schools to local shops and services can support caregivers, not just commuters. Everything from zoning policies and building codes to libraries and playgrounds can either help or hinder caregiving parents, low-paid workers, those in poverty and others most likely to be affected by climate change – all groups in which women are the majority.

Yes, cities which are better for women are better for everyone. And symbolic leadership is important: the Auckland mayor is an influential figurehead and voice for the city. Whatever their own gender, it is important they honor te Tiriti o Waitangi, and listen to, amplify and are respectful of all women, particularly those women facing intersecting burdens of discrimination, such as wāhine Māori, women of colour, disabled women, migrant women, LGBTQI women and women in poverty.

So: which frontrunner candidate will best fulfill this description – Efeso Collins or Wayne Brown? We asked them both how their election would benefit women and their families.

The responses – or lack thereof – were reveal ing. Engineer Wayne Brown did not respond to our email. It seems likely his recent dismissive and pejorative reference to certain significant decision makers as “a couple of women MPs” points to a deeper prevailing attitude: women should be scorned and not heard. 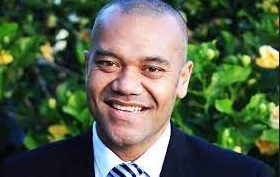 Efeso Collins answered thoughtfully and at length. Here is our commentary on some of his key points:

Tino rangatiratanga: Ongoing colonisation greatly affects women, as the wāhine Māori who star in our community forums make clear. It is therefore encouraging that Collins told us he supports co-governance. He also supports Māori wards to be in place by 2025, and will appoint an advisor regarding te ao Māori.

“Making Auckland a safer place for women is a priority of mine,” writes Collins. He clearly understands that in order for us to be safe, society as a whole needs to respect women, and it gives us hope that he aims to take a holistic approach to preventing violence against women (as does Te Aorerekura, the national strategy to eliminate family violence and sexual violence). What’s more, he believes  “Local government is uniquely placed to help reduce violence against women […] as a large employer, a service provider, and a place of civic leadership”  – for example, by supporting sporting facilities to be less sexist (our paraphrase). We look forward to more details. He also mentions “working closely with the police […] especially community constables and youth aid officers.”

Collins’ flagship policy of free public transport for all – and “making it safer, more reliable and more frequent” – offers many benefits, now and for the future: it is good for women and their families (including those who can’t drive) both by offering us more transport options and by saving us money; as well as being good for the environment, reducing carbon emissions (here’s his whole climate & environment policy pack).

Gender inequity often interacts with other forms of discrimination to make outcomes worse for women of colour (pay gaps, for example). Collins mentioned:

Collins wants new housing developments to include an (unspecified) percentage of public and affordable options; and wants more homes built close to transport, work and education.

In sum, in our opinion, Efeso Collins’ policy package is likely to increase empowerment and safety for wāhine Māori and all women in Auckland, whether they’re mums, disabled, Pacific, migrant, young – or all of the above.

But unlike a president, the Auckland mayor does not have executive power. Thus we urge everybody to vote not only for their preferred mayoral candidate, but also for the council candidates who will support that candidate’s vision. This election, City Vision candidates have endorsed Efeso Collins for mayor. Happy voting!