Tayi Tibble: “I feel like identity isn’t something that you arrive at.”

Hats off to the remarkable Tayi Tibble who didn’t let the aftermath of a recent bout of “skody New York Covid” – a husky voice and suspected laryngitis – stop her from honouring us with her presence at SOAP on Beresford Square for an open and often surprising kōrero with Stacey Morrison.

An “overachiever” since primary school, Tayi talked insightfully about how her strengthening cultural confidence is recorded in her two lauded poetry collections Poūkahangatus (2018) and Rangikura (2021). “The first phase of my writing life was about searching for my identity… I did write a lot about whakamā.” The refrain in the last poem of Poūkahangatus is a question to her tīpuna: “am I navigating correctly?”. In Rangikura, the repeating line has changed to a sure statement: “my ancestors ride with me.”

That sentiment is one Tayi (Ngāti Porou, Te Whānau a Apanui) holds close. She spent a lot of her childhood with her beloved great-grandmother, who moved to Wellington after the closure of the meatworks in Tairāwhiti, the East Coast. “She’d tell me about her great grandmother and her grandmother and her mother… She passed in 2016 and she’s my spirit guide now.” Tayi describes her nana as “deliciously lovely… but she had to be tough, she grew up in abject poverty on the Coast, and then Wellington people were so friggin racist… It’s a sacrifice to be away from your kāinga lands – it affected all of us.”

So in Tayi’s writing, she always wants “wāhine and Māori to be the default. I always want people to see [my] world where wāhine Māori are the centre…and the world that we’re trying to build.” Later on, answering a question about the sensuality of her poetry, she overtly links the “divine feminine” and “mana wahine” to sex as “the act of creation, the lifeforce, that’s what I’m interested in.” (Her mother, she noted with amusement, made an “annoying” comment about the sex in Poūkahangatus: “she said it was whimsical!”)

Tayi feels creative most of the time because most of her friends – musicians, drag queens – are creative too. “I’m not always super-productive in terms of writing, but always creative.” Recently she’s been making music with friends: “It’s fertile for me creatively because I don’t know what the f I’m doing.”

Her fearlessness about exploring the possibilities of a lack of knowledge extends to te reo Māori.
“I don’t have my language; I feel alright about it at this point […] I have plans to learn during my Saturn return. I wanted to do my book without my reo – because I think there is an interesting tension when I’m trying to express things that feel native to me but I don’t have the words, or the knowledge that the words give us, to express it. There’s a creative tension to be writing about indigeneity in the coloniser’s language. And it’s fertile for me.

“But I also know that once I have my reo that’s going to be a whole other field of words and contexts that I can play with. And that’s really exciting to me too.”

Stacey responded: “I love that I don’t feel the mamae [of not having the reo]…. It’s your story right? and you feel comfortable your story will evolve.” Tayi agreed: “I feel like identity isn’t something that you arrive that. I feel like someone that feels mamae, maybe they’re trying to get to that place of ‘I finally arrived at all the knowledge I need to feel worthy’.” For Tayi, identity is a journey rather than any destination. 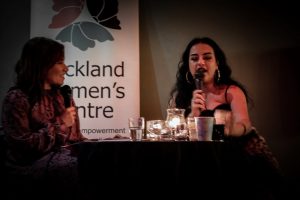 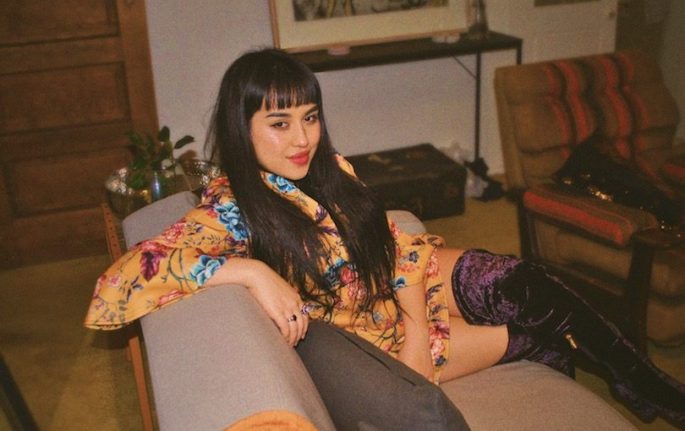