It’s back … our most Fabulous Feminist Fundraiser. And this year due to popular demand, we have two shows – Sunday 7 August and Sunday 14 August. With the irresistibly funny Michele A’Court and friends don’t miss your chance to be a part of it.

This year we are asking you to get out your sparkles, your sequins, and bring your best bedazzled  beautiful self – let’s light this place up!

There will be a prize for the most blinged out table and spot prizes for those who have gone above and beyond – to be chosen by Michele on the night.

We will also have a photo booth so get there early to get those all important shots for your socials. 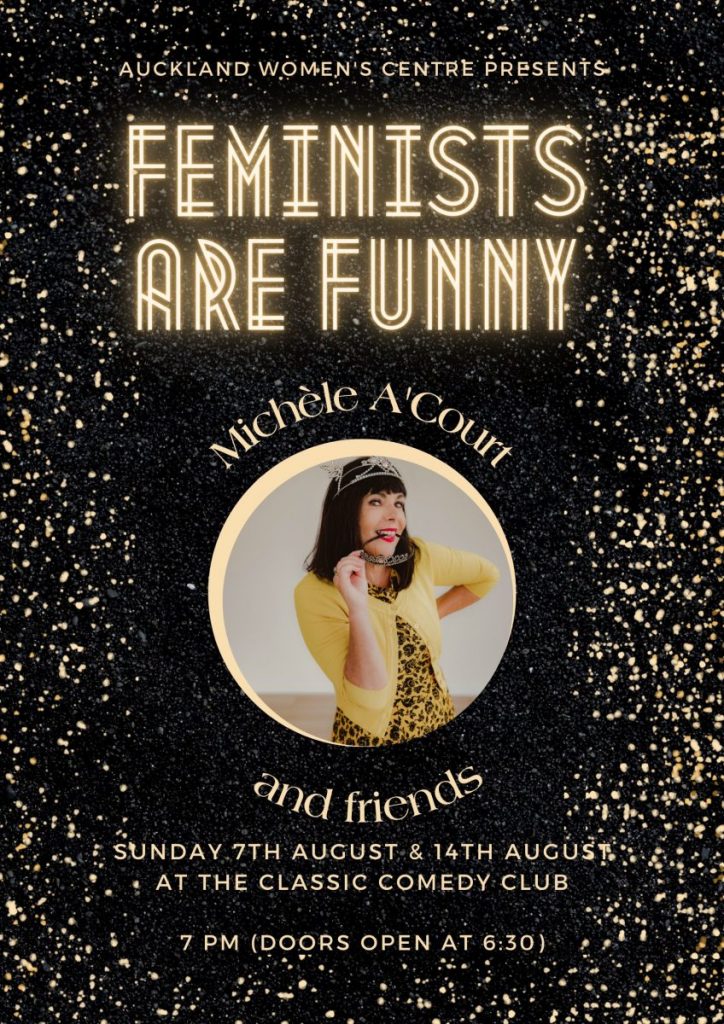 If you know who will be sitting at your table, please enter their details in our ticketing system under ‘I’m booking on behalf of someone’. 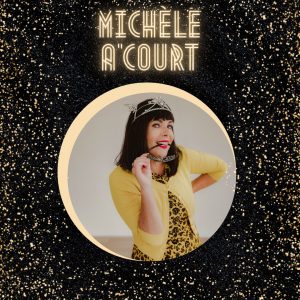 Michele A’Court is a writer, stand-up comedian and strident feminist. She has written two books: “Stuff I Forgot To Tell My Daughter” (2015) and “How We Met” (2018). Michele writes a weekly column for the NZ Woman’s Weekly on whatever takes her fancy and is a regular voice on RNZ National. She won “Comedian of the Decade” in 2010 and still gets a thrill out of telling jokes in pubs and occasional appearances on “7Days”.  She has been working as an after-dinner speaker, event host and conference MC for more than 20 years. Michele lives in Auckland and is an enthusiastic nana to two mokopuna. 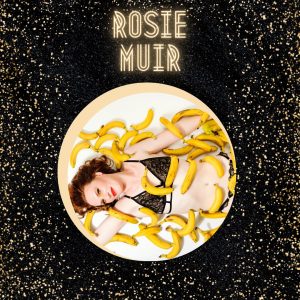 Rosie is a comedian and MC based in Christchurch. In her spare time, Rosie enjoys reading the latest legislative amendments on legislation.govt.nz and entering data into spreadsheets, forming the perfect foundation for captivating, relatable banter.
“There was nobody else available” – A previous customer
“The definition of failing upwards” – A previous colleague
“A diversity hire” – Rosie’s boss
“Not my favourite child” – Rosie’s Mum
“Great at asking questions and such a good listener. A virtual assistant’s dream” – Siri 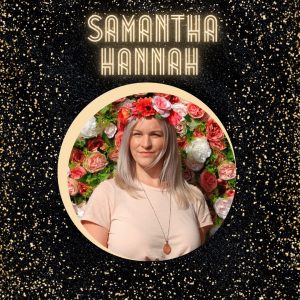 After a 5 year hiatus, Scottish Comedian Samantha Hannah blasted back onto the comedy scene in 2018 by trying to find a husband in a year and then writing a show about it. Imaginatively titled ‘How to Find a Husband in a Year’, this social-experiment-meets-stand-up-show saw her plastered across UK national news after meeting her perfect match 12000 miles away via Tinder while she was in New Zealand and he (a Kiwi) was in the UK.
In 2019 she upped the stakes with her new show ‘How to find Happiness (in a Year)’ in which her comic deep dive into the happiness industry saw her finally finding meaning to her existence. This show was voted in the top 10 for the Funny Women Best Show award in 2019 and was reimagined as a lockdown special on comedy streaming app Nextupcomedy.com the year after.
Her latest show ‘How to Win @ Life’ was recently performed virtually with Leicester Comedy Festival during further lockdowns in the UK. She was then delighted to perform it live in the room at BATS
Theatre after relocating to Wellington with the aforementioned Kiwi fella.
Follow her on pretty much any social media @thesammyhannah (but Twitter is her favourite) 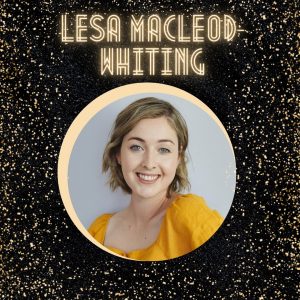 Lesa is an award-winning Wellington-based comedian, writer and improviser. Absurd characters, observations and fast-paced silliness are her jam.
In July 2020, armed with six minutes of jokes about Stage Challenge and thr*sh, Lesa began her stand up “career”, going on to nab the Runner Up spot at the Wellington Raw Comedy Quest and then nabbing no spot whatsoever at the National Raw Quest Finals. Despite this, she went on to win Best Newcomer at the 2020 Wellington Comedy Awards and is now a regular on the Wellington pro circuit.
Lesa has also performed improvised comedy since 2016, and is a member of Wellington improv company Tiny Dog.
“MacLeod-Whiting brings zany, high-energy punch” – Theatreview
“Her performance has a special ability to help us to see the funny side of the bleakness of modern society.” – Theatreview 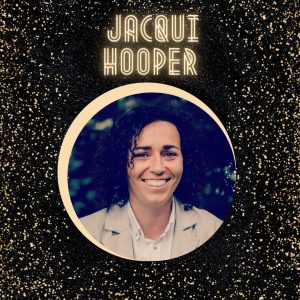 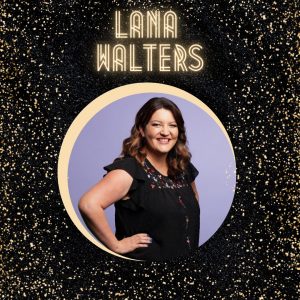 Lana Walters is a fabulous standup comedian, writer and new mum! A 2021 Billy T Award nominee you may have seen her on TV3’s; 7 Days, The Project or Rabble Rousers or Friday nights improvising with Snort! 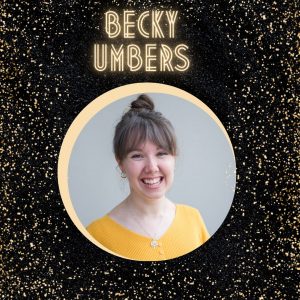 As seen on The Project and 7 Days, Becky Umbers is a small girl that gets big laughs. With a unique take on life and the voice to match. Comedy writer for The Project, winner of Best Debut at the 2019 New Zealand International comedy Festival, and nominated for Best Newcomer by the NZ Comedy Guild, Becky is a delightful regular on the New Zealand comedy scene. 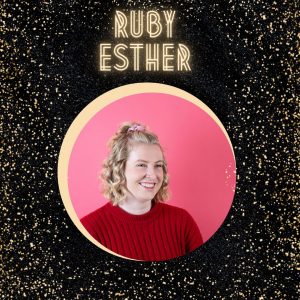 Making a big impression on the New Zealand comedy scene as she championed the 2017 National Raw Quest at just 18 years old, Ruby Esther has gone on to win several other major awards and nominations. Now writing for much-loved NZ television shows, as well as making her own appearances on them, this young yet somehow experienced comedian shows no sign of slowing down. 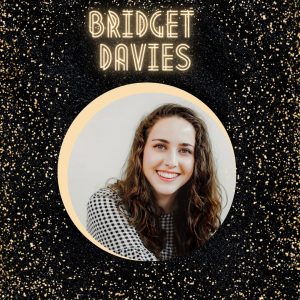 With a disarmingly warm presence and a dry and intelligent comedic style, Bridget finds the surprising hilarity in a mix of day-to-day observations and honest, relatable experiences. She combines her quirky view on things with a refreshingly genuine approach and whether it’s with or at her, Bridget is guaranteed to have you laughing. 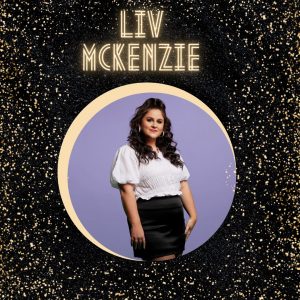 Liv McKenzie is a comedian from Christchurch and the winner of Best Newcomer at the 2019 NZ International Comedy Festival. Described as “an unexpected delight” and “one to watch”, Liv McKenzie is an exciting talent in the Auckland comedy scene.

2021 has been a huge year for Liv as she cemented herself as a regular face on NZ television with multiple appearances on TV3’s 7 Days, TVNZ’s Have You Been Paying Attention, and her breakthrough performance on the TV2 Best Foods NZ International Comedy Festival Gala.

With her trademark charm and hilarious stand up comedy, Liv is sure to take audiences by storm for a long time to come.

“Having won Best Newcomer at the 2019 festival, McKenzie is clearly a star on the rise, after witnessing a full half-hour from her and marvelling at her confident, exuberant delivery, I wouldn’t be surprised to see bigger successes from her in the festivals to come.” – NZ Herald

“McKenzie is a very compelling and charismatic performer, fully in control of her powers, garnering laughs with a relatable observation, whimsical tangent or an engaging story. With performances like these, there’s little wonder why she is often described as “one to watch.” “ – The Speakeasy 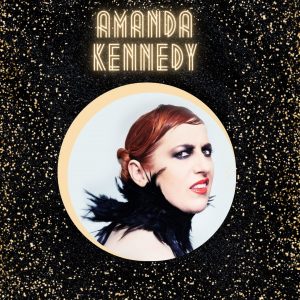 Amanda Kennedy is one half of the multi-award-winning comedy duo Fan Brigade (with Livi Reihana). She’s white trash and not ashamed to say it. Amanda has performed solo and as part of a duo at sold-out shows around NZ since 2014. 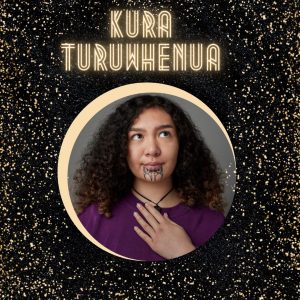 “Kura Turuwhenua is a 21 year old crack up with a passion for dark and silly humour. In just over a year on the stand up comedy scene, Kura’s won the NZ Raw Comedy Quest 2022, been awarded Best Newcomer – Upper North Island and has been nominated an award for comic originality. Additionally, she’s worked as a writer for the hit show 7 Days, produced and directed her own comedic short films and gone viral multiple times on TikTok and Instagram.” 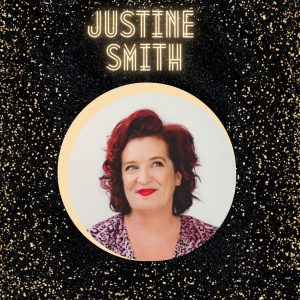 Having won the Billy T Award, the NZ Comedy Guild Best Female Comedian (three times) and the NZCG Best MC (also three times), Justine has established herself as one of the key players in New Zealand Comedy. With a flick of the eye and “To be honest…” she will have you all in stitches.

Justine is a regular face on our screens, THRE’s 7Days, The Project, TVNZ’s Have You Been Paying Attention, along with many stand-up shows such as AotearoHA, A Night At The Classic, After Hours, Stand Up Aotearoa, and many Comedy Galas – which she hosted in 2021. Known for her regularly performing shows in the NZ International Comedy Festival, The Justine Smith Hour, Return of the Jussi and Jussi Town, have had audiences returning year after year. Justine has also collaborated with Ben Hurley with their split bill show A Cheeky Half Each and taken shows to many festivals around the country.

If you were to try and define Justine as a lover or a fighter, you’d have to say a healthy mix of both. She is capable of tearing strips off people on stage, and then having a drink with them after the show. A leading light of New Zealand Comedy, Justine is just as comfortable in a theatre or a local bar in the country. Simply put,one of our best.

Big thank you to Ripe for providing us with the delicious food for both nights! 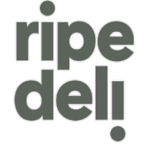 Thank you to Wild Forest Estate for the chance to win a night at this beautiful retreat! 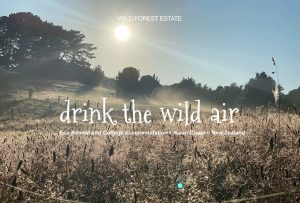 Big thank you to Lothlorien Winery for supplying us with some delicious feijoa wine for our spot prizes!